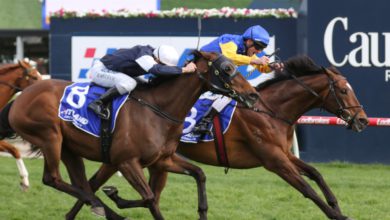 The Underwood Stakes is one of the staple Group 1 events of the Melbourne spring carnival.

In 2020, The Underwood Stakes was run Sandown for the first time in its 97-year history.

Traditionally run at Caulfield over 1800 metres at Weight-for-Age level, it was a race inaugurated and first unveiled in 1924.

It holds a total prize pool of $750,000 AUD and is the richest race in Australia over this specific distance.

The Underwood Stakes was not always run at ‘The Heath’ as Caulfield is colloquially to racing folk and the locals.

Williamstown Racecourse was the home of The Underwood Stakes from 1924 to 1947.

It’s as exciting an honour roll as we see in any on the Australian racing calendar.

We can go all the way back to 1931 to reference a household name with Pharlap winning the race 90 years ago.

Closer to today Black Heart Bart (2016, 2019) scored a double in the race, but it was 2019 victory that sent people into a frenzy as he won the race at $101 despite being near the end of his illustrious career.

Champion middle-distance star It’s A Dundeel, now known as Dundeel, pulled off one of biggest upsets of the race when he nabbed star mare Atalantic Jewel right on the line.

He may have went around a $7.5 elect, but Atlantic Jewel was highly fancied by many and started an odds-on favourite having gone into the race undefeated.

Bonecrusher (1986) used this as his platform prior to scoring arguably the most iconic Cox Plate win of all time.

Barriers are going to be of utmost importance to the race this year, but it must be noted that Sandown is completely different track and feel for horses compared to Caulfield.

The wide expanses of Sandown will give every horse their chance for victory and it would pay to keep an eye out on what rail position we have closer to the day.

If the rail stays close to the true position, it might pay to follow horses who are drawn inside and will settle on the pace.

The winning barriers at Caulfield will have little significance to what occurs at Sandown on the day.

Since 1986, outright favourites have not had a particularly endearing record in this race.

Only nine outright favourites in the last 35 years have won the Underwood Stakes.

However, the last two years have seen the favourite collect the cheque with Russian Camelot (2020) and Zaaki (2021).

It is the male horses who dominated this event with the mares having a poor time of it in the last three decades.

New Zealand mare Bonneval (2017) broke a long-standing drought for girls in the race after becoming the first mare to win the vent since Tristarc in 1985.

Horses of this age have been cheered home by punters six consecutive times from 2008 to 2013.

The main form lines for this race include the Makybe Diva Stakes (1600m) at Flemington a fortnight before, the Dato Tan Chin Nam (1600m) run at Moonee Valley and the Memsie Stakes (1400m) run at Caulfield in August.

No horse aside from Black Heart Bart (2019) has finished further back than fourth in their start prior since Always Aloof (1996) got the job done.

When is the Underwood Stakes held?

The race will be run and won on the 26th of September at Sandown Racecourse.

The winner and runners in the Underwood Stakes of the race may head towards the Cox Plate (2040m), the Caulfield Cup (2400m) or potentially a Melbourne Cup (3200m).

How To Bet On The Underwood Stakes