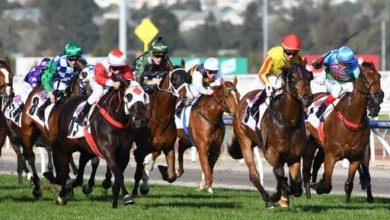 Named after three-time Melbourne Cup winning mare Makybe Diva, this race is contested at Flemington over a mile under Weight for Age conditions for horses aged three or older.

Formerly known as the Craiglee Stakes from 1948 to 2006, the race was renamed after the great mare in 2007 and has remained the same since then.

Interestingly, Makybe Diva never actually won this race in her illustrious career, but it was though by the VRC that this be the race to honor her legacy during the spring carnival.

With prize money pool of $750,000 to collect from, this Weight for Age event attracts some of the best milers across the country.

The winner of the race also becomes a ballot exempt horse for the Caulfield Cup.

The Makybe Diva Stakes stakes its claim to producing some the most famous winners on the Australian thoroughbred scene.


One of the biggest boil overs in the race occurred in 2019 when Western Australian galloper Gatting sent punters for a spin after he took out the event at $101 with star jockey Jamie Kah in the saddle.

Interestingly, the race can prove a solid formline for the Caulfield Cup as it has since 1993.

Southern Speed is one of the rare mares to have won this race having been the only horse of her sex to win the Group 1 affair since 1996 when the vent was won by Saleous.

There has been a varied assortment of winning barriers of the Makybe Diva Stakes since 1983.

With the starting mark just before the bend, the mile track at Flemington is one continuous turn until the home straight meaning inside barriers would usually be favoured.

But over the years, the track has allowed horses to win from basically any barrier.

Since the year 1983, barrier six has provided the most of number of winners, hotly followed by barriers one and eight as we see in the data below;

No winner of the event has come from barrier 18.

It is an interesting affair for favourites in the Makybe Stakes of late with only four of them winning since the turn of the century.

The 2020 favourite Fierce Impact got the chocolates after a stoush up the straight with Russian Camelot.

Dissident (2014) was the most recent winning favourite prior to Fierce Impact’s victory.

The last two decades has seen the race dominated by the boys.

Of the last 20 winners of this race, only one of them has been a girl with Southern Speed (2012) winning the race as a five-year-old mare.

It is specifically geldings who have won the race since 2001 with 14 of them having crossed the finish in first place.

The traditional lead-up race for most Makybe Diva Stakes winners and entrants is the Group 1 Memsie Stakes (1400 metres) run at Caulfield a fortnight prior.

Interestingly, only two gallopers have managed to achieve the Memsie-Makybe Diva double since 1962.


The Winx Stakes could potentially throw a spanner in the works with Mo’Unga potentially a chance to take the float down to Flemington.

That form line has proven to be quite strong throughout Spring Carnival’s in recent history.

The Cox Plate and The Lexus Stakes.

How To Bet On The Melbourne Cup