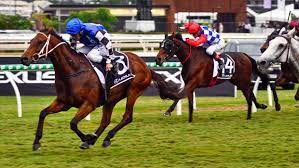 The feature 3200-metre staying event of Queensland Racing has been run and won by many great horses.  Since its inception in 1866, the Brisbane Cup has been held 154 times with a period during World War Two (1942-1945) and last year being the only times the race has not been held.   The race itself has been run through a variety of distances; more recently from the years 1973 to 2006 it was run over the current distance we see this year but was dropped down to 2400 metres from 2007 to 2014.   Due to track reconstruction and refurbishments at Eagle Farm, the event was transferred to Doomben racecourse and the distance dropped again, this time to 2200 metres.   In 2019, the race returned to its traditional home was won by European import Sixties Groove.

Arguably the most famous winner of the race was Melbourne Cup and Caulfield Cup champion Viewed.   The Bart Cummings-trained and Dato Tan Chin Nam-owned gelding took out the 2008 version prior to his Group 1 Cup double down south.   Other famous winners include the champion West Australian horse Scenic Shot (2009), multiple Group 1 winner and arguable one of Australia’s greatest ever thoroughbreds Tulloch (1964) trained by the legendary Tommy Smith, Caulfield Cup winner Redcraze (1956) and Hydrogen (1953).   Tommy Smith, father of Gai Waterhouse, is a five-time winner of the Brisbane Cup.   Waterhouse continued her father’s legacy by winning two of her own with Tullamore (2011), Sedanzer (2018) and most recently Knights Order (2021).

Since the year 2000 barrier one has proven the most successful barrier to draw.

The inside marble has provided four winners;

The most successful wide barriers in the event since 2000 have been 15 and 16 with both boasting two winners each.

Incredibly, only one favourite had won the race since 2010, but Gai Waterhouse & Adrian Bott’s Knights Order well and truly bucked that trend by bolting in the 2021 edition.  That last favourite before him was trained by Waterhouse & Bott as well with Sedanzer winning 2018 as a $2.7 elect in the market.   The lowest price winner who was not a favourite in the race was Lights of Heaven who won the race as a $3.5 second elect.   Jetset Lad has been the longest priced winner since 2010 after winning the race and paying a final figure of 40 to 1.

When is the Brisbane Cup held?

Are there any other races on the day?
How do I bet on the Brisbane Cup?
Where do the winners of the Brisbane Cup race next?
JOIN NOW
SIGN IN
Share
Facebook Twitter LinkedIn Messenger Messenger WhatsApp Share via Email Print
Popular Posts
Categories
Close