The grass-court grand slam presents itself for another season when Wimbledon comes around in 2022.

Novak Djokovic will be on the hunt to reel Rafael Nadal’s tally of 22 grand-slam victories after the Spaniard skipped clear when winning the Australian Open and French Open this year.

Will it be the biggest duo in world tennis who dominate this event?

Is there someone in the background lurking to knock them off?

We have to start with the reigning champion.

Much has been said about the moralistic stance of Novak Djokovic in the last two years, but no one can doubt his tennis ability.

Djokovic’s ranking on the ATP Tour has dropped to number three with 6,770 points, which will not increase here due to the ATP and WTA stripping Wimbledon points.

But, with Alexander Zverev and Daniil Medvedev to miss, Djokovic is the number-one seed.

The mighty Serbian has won the past three editions of Wimbledon, and the slow courts play into the hands of his unique ability to stay in games with big defensive shots.

He will undoubtedly have a chip on his shoulder and a point to prove after being ousted from competing at the highest level.

With 21 consecutive wins under his belt at Wimbledon, expect that tally to creep closer to the 30 mark as the tournament progresses.

The emotions were there for all to see when Rafael Nadal won the Australian Open earlier this year.

With a chance he may never play again due to severe knee and wrist injuries, Nadal produced a stunning performance in Melbourne to become an outright leader in the grand-slam list of winners with 21.

If that was not enough, the King of Clay regained his crown at Roland Garros when devastatingly winning the French Open.

Whatever niggles the Spaniard may have carried into 2022 look wholly gone.

He is running on the top of the ground, and that vicious lasso forehand has never looked better.

The knock on him, leading into Wimbledon, is his title-winning record on the grass courts.

The slow ball play does not precisely suit his topspin and ‘whipping’ of the ball into the backcourt.

He has not won here since his second Wimbledon triumph back in 2010.

If Djokovic somehow drops out before the final, by process of elimination, Nadal could make it three from three in this grand-slam calendar.

I prefer to wait before declaring him as a bet.

It really would not be a grand slam without mentioning the great Nick Kyrgios.

Talent out of this world.

He is the biggest drawcard from an entertainment perspective at this tournament.

Our biggest hope of the men’s single title has it all and can match it with anyone on his day.

The problem is, we do not know what Kyrgios will rock up.

His lead-up form at the Mallorca Open has been quite strong, and he brings in the confidence of +20, catapulting the rankings to world number 45.

Wimbledon is where he finished his equal-best at a grand slam, having made the 2014 quarterfinals.

It could be the value play if he can put it all together.

Matteo Berrettini comes into Wimbledon hard in the market as the second favourite ahead of Rafael Nadal.

His price has firmed, mainly due to his faultless and impeccable lead-in form last week.

The 26-year-old world-number 11 won the Queen’s Club Championship with consummate ease last weekend after overcoming Filip Krajinovic in the final.

You only have to scroll back to 2021 to see how strong his form on the grass courts is.

He almost went all the way at Wimbledon when reaching the final last year, only to be beaten in four sets by Novak Djokovic.

It was a career-best performance, and he will take so much confidence and experience from that grand-slam effort.

His power and baseline game is a sight to behold with a booming forehand and brutal backhand.

The only knock on his game is his proneness to implode with unforced errors.

He cleans that up; he is a severe threat in this tournament. 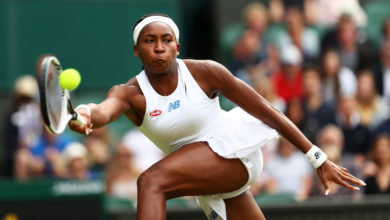 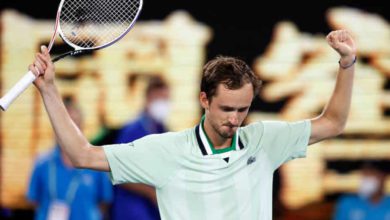 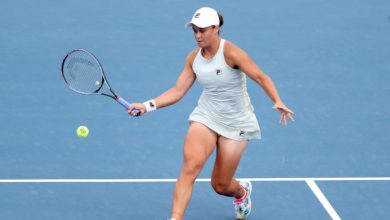