An each-way play presents itself in the first race on the program as we take a set against the odds-on favourite, while race six is where the best of the night lies.

Extreme Jewel will put a jewel in our betting accounts if she can knock off the odds-on pop in the first.

Concede the favourite will be hard to topple, but he is very short price and should probably be closer to $2.5-$3.

Extreme Jewel races on the quick back-up just like the favourite after running respectfully at Sandown over 515 metres last start.

She is a dog who is still learning her craft and is very raw, but she has stacks of ability that can win this race.

Happy to take the punt from the middle box in the hope he can squeeze across and make this a contest.

Get the feeling this Mckeon Bale formline is going to be a super-strong form reference over the next month of racing.

This one-year-old bitch trained by Rebecca Gibbons has scorched her way to victory at her last two start despite being drawn awkwardly in box four.

Love the way she has put away her opposition so early in her races with blistering early speed.

She almost makes her box draw irrelevant with the early pace she shows.

Drawing box one is only going to mean she finds the rail earlier and should mean she runs quicker time by having to cover less ground.

Keep an eye on the clock and expect her to run a personal best that smashes her 29.41 winning time at this course and distance last start.

The market is really warming to the Party Lights & Golden Quest formline, but we are going to be in the corner of Starlight Tyson.

The Janet Cottrell-trained dog has times which are very similar to those of two main rivals and that puts him in with a big winning chance.

His run at Sandown last start was just as good as the two favourites and he definitely has the early speed to get the jump on them.

Should that occur, it means he will all but surely find the front and prove hard to catch with a very strong fitness base.

He races on the four-day bounce, which is a clear indication that he is thriving back at his home kennel and fit as a fiddle.

bet now: best of the night

Caroline can turn the tables on Soda Titan after their stoush at Horsham last start.

Soda Titan slammed the track record at Horsham, but was drawn much more favourable than Caroline who had to jump from box eight.

Caroline now draws the cherry and can score up from the inside to find a closer position in running than she did at Horsham.

She has a fantastic record at Sandown which is an important factor when considering backing dogs at this track.

Her form reads five starts for three wins at the track and distance.

Just hoping she can get herself ahead of Soda Titan just after the lids spring open in order to giver herself the best chance of winning. 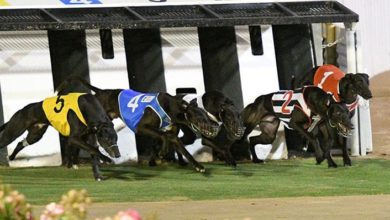 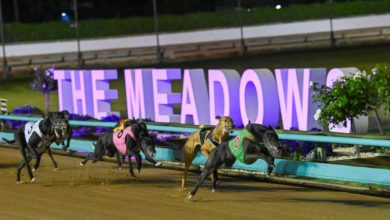 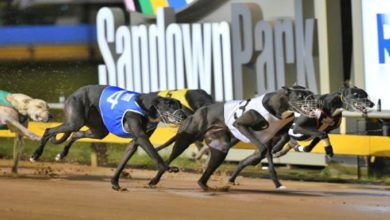