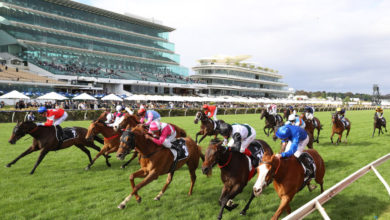 The Group 1 Kennedy Cantala Mile is a stalwart event of the Flemington Spring Racing Carnival.

Run over 1600 metres at Flemington on Derby Day – which features The Victoria Derby, Empire Rose Stakes and the Coolmore Stud Stakes – it is reserved for the strongest milers who dare challenge.

The race has gone through plenty of name changes since its inception in 1881.

The inaugural running of the race back in 1881 was named the Coburg Stakes and ran under that name until 1919.

From then until 1961 it was called what we know it to be today – Cantala Stakes.

The race then underwent a series of name changes again until it was finally settled in 2018 as the Cantala.

Usually run on the final day of the Flemington Carnival, the race swapped places with the Mackinnon Stakes in order to accomodate horses wishing to back up into a 2000-metre Group 1 race following the Cox Plate.

The 2021 edition of the Kennedy Cantala Mile was probably one of the most jaw-dropping finishes in the history of the race with four horses almost dead-heating for first.

Cascadian burst through along the rails to hit the front alongside the $5 favourite Mr Brightside, only to get picked off by Damien Oliver charging home on Superstorm.

Barely a head separated all four horses in a thrilling four-way photo-finish.

Other famous victories in the Cantala include champion miler Fierce Impact (2019) and fan favourite Happy Trails (2012).

One of the biggest upsets in the race was during the Spring Carnival of 2007 when Tears I Cry won the race and in the process brought up Ciaron Maher’s first ever Group 1 success.

Tears I Cry paid in excess of $101 on the day and the famous footage of her owner screaming and crying in the Flemington grandstand is an image many a horse-racing fan will remember.

Scrolling back through history, champion horses such as Better Loosen Up (1989), Taj Rossi (1973) and Gunsynd (1971) have all been victorious in this race.

Barrier one has been the standout for winners of the Kennedy Cantala since 1983 with six winners.

Barriers eight, nine and 12 have produced four winners each.

Barrier two and ten have both produced three winners.

Incredibly, only six favourites have won the Cantala Mile since 1983.

The last favourite to have won this race was Boban back in 2013.

The average starting price of the winner since 2011 has been around about $10.70 with the longest priced winner being Albert The Fat who started $17 in 2011.

Only three mares have won the race since the turn of the century.

Other than that, it is a race that has been dominated by the boys.

There are usually a handful of form lines that make up the winners and contenders of the Cantala Mile.

When is the Kennedy Cantala Mile held?

How To Bet On The Kennedy Cantala Mile